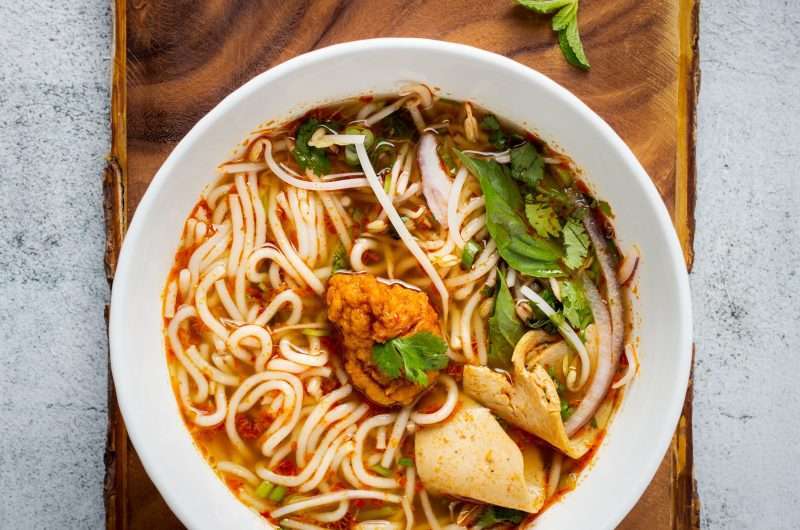 The Complete Guide to Miso Soup

So, what exactly is miso soup?

Miso soup is created using miso paste (fermented soybean paste). It is widely utilized in Japanese cuisine and may be seen on menus ranging from sushi bars to supermarkets. To add flavor or texture, it is generally blended with dashi, veggies, tofu cubes, and sometimes noodles or meat. Miso soup is often served hot, with rice or noodle dishes to round out the meal. Miso, dashi stock, wakame seaweed, tofu, and green onion are all ingredients in a typical miso soup dish.

Where did miso soup originate?

Miso paste has been used in Japanese cuisine for hundreds of years and is a common component in a variety of recipes, ranging from marinades to sauces and broths. Miso was most likely initially imported to Japan through China around the 7th century, according to the Marukome firm, one of Japan’s main miso manufacturers.

Miso soup began in Japan during the Kamakura era (1185-1333), when Buddhist monks pounded miso into soup using mortars. This soup is supposed to have evolved from the daily meals of samurai warriors during that era, which included soup, a main dish, a staple, and pickles, and is still considered a balanced meal in Japan today.

As soybean output in Japan rose over the ages, farmers started creating their own miso, making it more available to the general populace rather of only the elite. Miso had grown so popular during the Edo period (1603-1868) in Japan that miso stores thrived in Tokyo, restaurants started utilizing miso in their meals, and miso soup was being drunk by the general public.

Miso soup is made using what sort of miso?

Depending on where you buy it, miso paste comes in a variety of flavors and categories, and some of them are acceptable for use in miso soup. Miso paste is divided into three types based on its color: red miso, white miso, and yellow miso. Here’s a quick breakdown of each miso color and how it’s used:

Red miso paste, also known as aka miso in Japanese, is fermented for a longer period of time than white and yellow miso, giving it a more powerful taste. It also contains more soybeans than other types of miso. Red miso, which has a deeper taste than white miso, is often used to prepare miso soup, particularly in Japanese restaurants.

White miso – Try using white miso in your miso soup for a lighter, sweeter taste. This kind of miso, known as shiro miso in Japanese, is fermented for the shortest period of time, generally no more than three months. If you’re new to miso, white miso is an excellent place to start before moving on to more intense forms.

Yellow miso, also known as shinshu miso in Japanese, varies in color from yellow to light brown and is fermented for a little longer period of time than white miso, generally up to a year. It has a somewhat sweeter flavor than red miso and may also be used in miso soup.

Miso may be classed according to its substance as well as its color. Miso comes in three varieties: rice miso, barley miso, and soy miso, as well as a blended miso paste that combines all three.

What is the flavor of miso soup?

The taste of miso soup is flavorful with a dash of saltiness. The quantity of salt in the miso paste, as well as the kind of miso used, determine the strength of the soup. The quantity of koji used also has an impact on the flavor. The more koji used, the sweeter the miso will taste.

Is miso soup good for you?

Miso soup has various health advantages. For starters, miso is beneficial to intestinal health since it includes probiotics. Miso is also high in antioxidants and has been linked to a lower risk of breast cancer, improved cognitive health, and a stronger immune system.

Miso soup is low in calories and high in nutrients, so it may be drunk frequently as part of a well-balanced diet.

Is miso soup vegetarian or vegan?

Miso soup at a Japanese restaurant is frequently not vegan-friendly. This is due to the inclusion of dashi stock, which is created from fish. If you make miso soup at home, you may use vegan-friendly kombu dashi produced from seaweed.

If you don’t have time to cook your own miso soup, try one of these quick soups instead:

Marukome is one of Japan’s main miso makers, with a more than 160-year history in the country. They specialize in miso paste, but they also provide a variety of quick miso soups, with tastes ranging from basic wakame and tofu to nori seaweed, and vegetarian versions are available. Marukome also sells freeze-dried quick miso soups in packages and cups, comparable to instant cup noodles.

Nagatanien is a Japanese food manufacturing company that specializes in spices, instant premixed foods, and instant miso soup. Since the 1970s, they have been manufacturing high-quality instant miso soup, painstakingly choosing each ingredient with the goal of creating a freeze-dried soup that tastes much like a handmade version. Their fast miso soups are created with just boiling water and come in a variety of flavors such as red miso soup, blended miso soup, and white miso soup. They also offer ready-made packets of miso soup components, such as dried seaweed, tofu, and green onion, that you can create at home.

The 10 Best Recipes For Tomato Soup 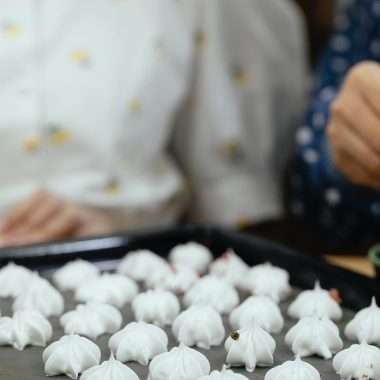